Dr. Norbert Röttgen has been a Member of the German Parliament since 1994, currently serving as Chairman of the Foreign Affairs Committee.

From 2009-2012, he was Federal Minister for the Environment, Nature Conservation and Nuclear Safety. During his political career, Dr. Röttgen has fulfilled key functions within the Christian Democratic Party (CDU), including as chief whip of the CDU/CSU parliamentary group from 2005 to 2009. Dr. Röttgen holds a PhD in Law from Bonn University. He is a Senior Fellow at the Hertie School of Governance Berlin. 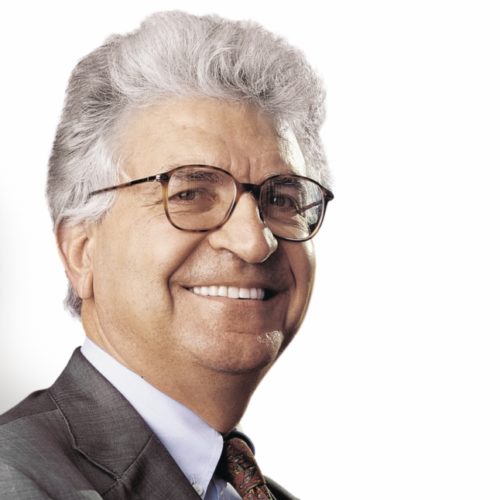 Edmond Alphandéry is the founder and Chairman of the Euro 50 Group which gathers leading personalities concerned with the European Central Bank’s monetary policy.

A Board member of ENGIE (former GDF SUEZ), he is the President of its Strategic Committee. Edmond Alphandéry is also a Senior Advisor at Banque Nomura France. He attends the Consultative Committee of the Banque de France.

From 1993-1995 he worked as a Minister of the Economy of France. From 1998 to 2012, Mr. Alphandéry served as chairman of CNP Assurances, and prior to this appointment, he was chairman of Electricité de France (EDF).

Edmond Alphandéry is the author of numerous articles and books devoted to economic and monetary affairs. 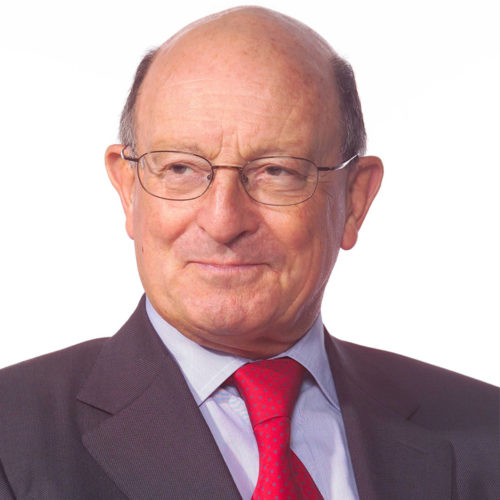 David Simon was Group Chief Executive at BP plc between 1992 and 1995 and Chairman between 1995 and 1997. In May 1997, he was appointed Minister of State in H.M. Treasury and Minister for Trade and Competitiveness in Europe in Tony Blair’s first government.

He retired from ministerial office and the Lords Front Bench in 1999 to become adviser to the Cabinet Office. He was also appointed by President Prodi to be one of the three man team advising on the impact of Enlargement of the European Union, having served in the Competitiveness Council for the EU under President Carlo Ciampi’s Chairmanship.

David Simon was Deputy Chairman of the Unilever Group from 2006-2009. He has also been non-executive director of the Bank of England, RTZ, Grandmet and Engie (formerly GDF Suez). He is a past member of the Advisory Boards of Deutsche Bank, Allianz, Fortis and LEK, and has sat on the Supervisory Board of Volkswagen AG. He is currently an Advisory Board member of Dana Gas and Montrose Associates. 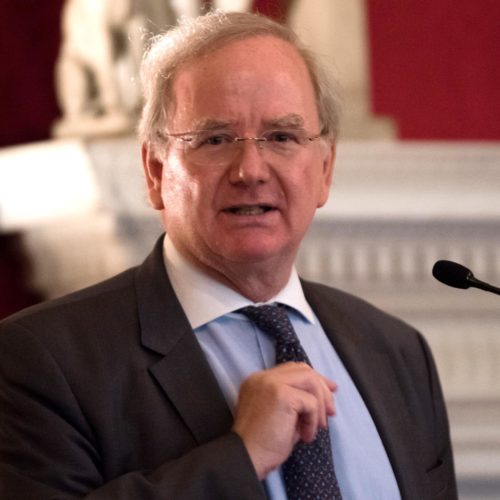 Michael Maclay is Executive Chairman of London-based Montrose Associates, which provides strategic intelligence and advice to international corporations and governmental agencies. He was a professional diplomat, serving in West Africa, at the British Mission to the United Nations in New York, and in the Foreign Office.

Michael Maclay then became a television producer and presenter, and a journalist and editor on a number of newspapers. He subsequently served as Special Adviser to British Foreign Secretary Douglas Hurd. Following the Dayton Agreement, the framework for peace in Bosnia and Herzegovina, he worked in Sarajevo with Carl Bildt, International High Representative for Bosnia, as his Special Adviser and Chief Spokesman. His publications include Multi-Speed Europe (Chatham House, 1992), Maastricht Made Simple (The European, 1993), and the Pocket History of the European Union (Sutton, 1998).

He is also Chairman of the Advisory Board of the British American Project, and was for twelve years Chairman of the Citizenship Foundation, a British educational and participation NGO, and now sits on its Advisory Council. 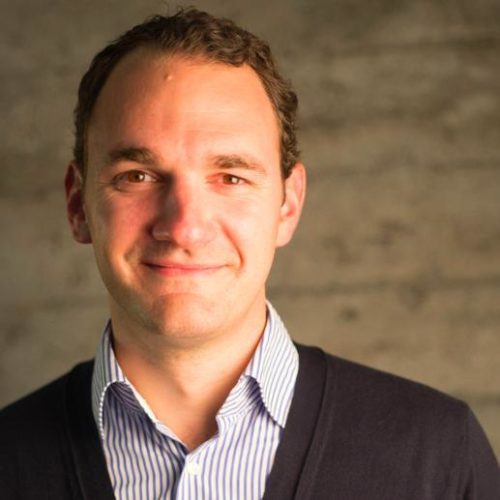 Rowan Barnett is Head of Google for Entrepreneurs in Germany. He was previously a Senior Director at Twitter where he was responsible for strategic market development in Germany, Austria, Switzerland, the Netherlands and Russia, as well as leading Twitter’s efforts in its emerging markets such as Turkey and Israel.

He led teams in Berlin, San Francisco and Amsterdam focused on driving user growth through partnerships, working with influencers and organisations across all areas of media, politics, TV, sport and entertainment.

Rowan Barnett is also a member of the Jury of the Raif Badawi Award, Mentor at Seedcamp and Quadriga Hochschule, Chapter Chair of H2 and served for a number of years as the speaker of the jury for the Axel Springer Prize for Young Journalists.

Prior to joining Twitter in 2012, he was Head of Community and Social Media at BILD.de. In 2008, he launched and managed the English language news site, BILD.com, having previously founded The AvaStar, the pioneering BILD newspaper for the virtual world of Second Life, as well as the online launch of the successful BILD “Citizen Reporter” project. 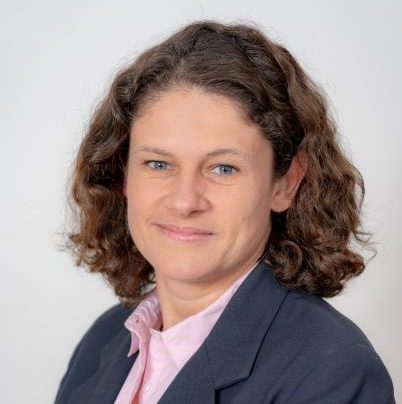 Sarah Raine is an independent consultant and researcher, writing on issues of geopolitics and security. Based in Berlin, she is a Senior Consulting Fellow for the International Institute of International Studies (IISS), working with both their Europe and Asia programmes.  In this capacity, she has written three books and published numerous articles focused on European and Asian politics.

She began her career working in the UK Foreign and Commonwealth Office (FCO), during which time she was posted to the Balkans. Subsequently, she worked in Singapore as IISS’s Research Fellow for Chinese Foreign and Security Policy. Sarah holds an MPhil in International Relations and a MA in History (First Class) from Cambridge University. 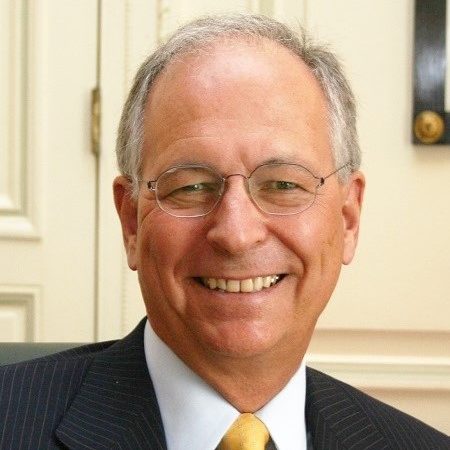 Wolfgang Ischinger has been the Chairman of the Munich Security Conference since 2008. He is also Senior Professor of Security Policy and Diplomatic Practice at the Hertie School of Governance in Berlin. He advises governments and companies on strategic policy issues, and serves on the boards of a number of foundations, think tanks and companies.

In 2015, he chaired the ‘Panel of Eminent Persons’ mandated by the OSCE Troika to develop proposals for more resilient European security architecture. 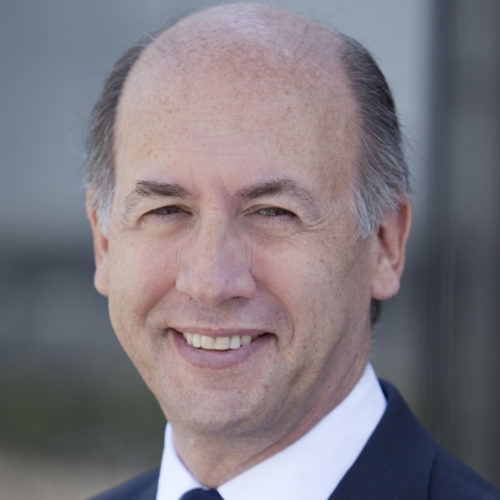 Serge Weinberg has been Chairman of the Board of Sanofi since May 2010.

After various senior positions in the French civil service, he became Chief of Staff to the French Budget Minister in 1981. He then served as Deputy General Manager in charge of finance at television station FR3, and as Chief Executive Officer of Havas Tourisme. After three years as CEO of Pallas Finance, Serge Weinberg joined the Pinault Group in 1990 as Chairman and CEO of CFAO. He remained with the Pinault Group as Chairman and CEO of Rexel and then became Chairman of the Management Board of the PPR Group, a position he held for 10 years. In 2005, he founded an investment company Weinberg Capital Partners specialised in private equity and real estate.

Serge Weinberg was also Chairman of the Board of Accor from 2006 to 2009 and Member of the Supervisory Board of Schneider Electric (2005-2014). He is a board member of the Association Française des Entreprises Privées and a member of the Foreign Affairs Council. 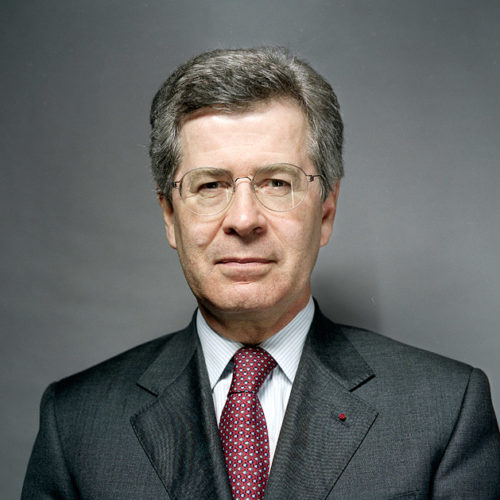 Jean-David Levitte is Senior Policy Advisor at Rock Creek Global Advisors, an international economic policy advisory firm, where he focuses on European policy. He is also a distinguished fellow with the Foreign Policy program at Brookings.

His career as a French diplomat includes serving as senior diplomatic advisor and sherpa to President Nicolas Sarkozy. From 2002-2007, he was the Ambassador of France to the United States and the French permanent representative to the United Nations from 2000-2002.

After the presidential elections in 1995, President Jacques Chirac asked Ambassador Levitte to be his senior diplomatic advisor and sherpa. He served in that position from 1995-2000. 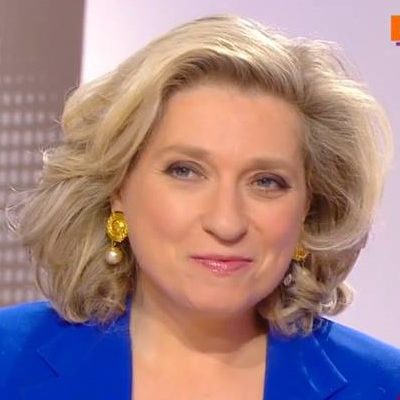 Anne-Elisabeth Moutet is a columnist for the Daily and Sunday Telegraph (London) and a frequent contributor to the BBC and the Weekly Standard. She comments on the week’s news on ARTE television’s 28 Minutes talk show in Paris, and is also a regular guest on France Info radio and BFM News television.

Anne-Elisabeth is a Distinguished Senior Fellow of the Gatestone Institute and sits on the Board of Governors of Gatestone Europe. She is a co-founder and vice-president of the Institut Jean-Jacques Rousseau in Paris.

In the past, she was a foreign correspondent for the Sunday Times (London), Paris Bureau Chief for The European, and France Editor for Newsweek Europe. 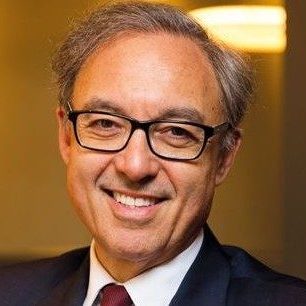 He is also a member of the Board of MEDEF, the French Employers’ organisation, and chairs its International and Europe cluster.

Bernard Spitz has been in charge of MEDEF’s work on the Social Agenda of the B20 – the international summit of business leaders and employers – since the French Presidency of the G20 in 2011. He coordinated the first Joint Declaration of Employers and Workers, respectively represented by the B20 and the L20, the International Labour Unions Summit.

Bernard Spitz sits on the boards of several European think tanks: En Temps Réel, Aspen, Glocus, The Lisbon Council. He is a founding member of Les Gracques, a centre-left reformist think tank. A former Rapporteur at the Competition Council of France, and a member of the Council of State, he was a Special Adviser to Prime Minister Michel Rocard (1988-1991). Bernard Spitz was also Head of Strategy at Vivendi Universal Group between 2000 and 2004. 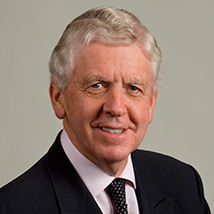 Charles Powell (Lord Powell of Bayswater) was for many years private secretary and adviser on foreign affairs and defence to Margaret Thatcher as Prime Minister and held the same position in the early part of John Major’s time as Prime Minister.

Since 1992 he has served on the boards and advisory boards of many international companies and was for many years chairman of the China-Britain Business Council.

He chairs the Trustees of the Oxford University Business School and the British Museum Trust. He is a Trustee of the International Institute for Strategic Studies and the Aspen Institute and serves on the International Advisory Board of the New York Council on Foreign Relations. He is also a Foundation Fellow of Somerville College, Oxford and an honorary Fellow of the Ashmolean Museum.

Charles Powell is an independent member of the House of Lords and currently serves on the Joint Committee on the National Security Strategy. 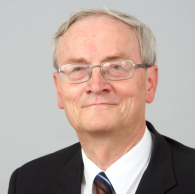 In 1986, he became a top diplomat and was assigned Head of the Division at the Permanent Mission of the Federal Republic of Germany (West Germany) to the German Democratic Republic (East Germany) in Berlin. There, he was responsible for diplomatic engagements between the two sides.

In 1990, August Hanning continued his career at the Federal Chancellery and became Head of Division. In 1994 he became team leader, and in 1996 Director-General. During his time as Director-General, he was responsible for the coordination of the federal intelligence services of Germany. 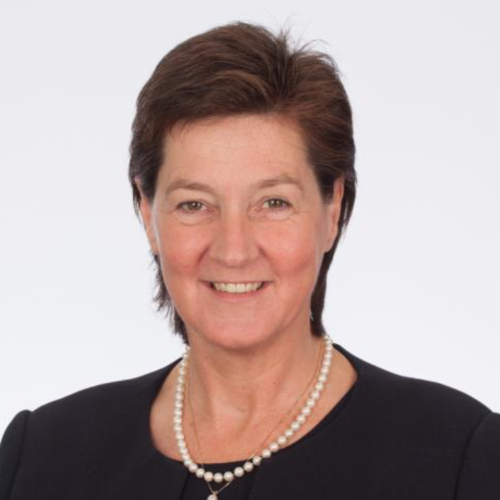 Ann Cormack is Executive Head of Human Resources at De Beers and was previously Director International at Rolls Royce.

She joined Rolls-Royce in August 2013 where she is responsible for the International team and Global Government Relations.

She then managed change across government from the Department for Trade and Industry, as Managing Director in the UK’s Small Business Service. More recently, she was Chief Executive of a biofuel joint venture 50% owned by BP. She serves as a Non-Executive Director of the UK government’s Foreign & Commonwealth Office Audit and Risk Assurance Committee. She is also a Board Member of the International Advisory Group of the Confederation of British Industry.

Ann Cormack holds an MA in modern languages from Edinburgh University and a post-graduate Diploma in Russian from Strathclyde University. 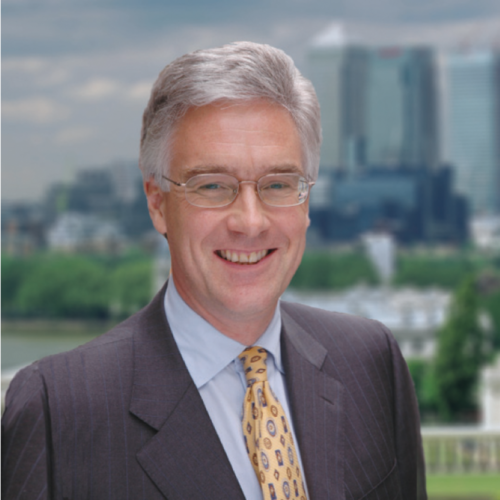 Adair Turner has been Chairman of the Institute for New Economic Thinking since April 2015, where he was a Senior Fellow from 2013-15 and during which time he wrote his book Between Debt and the Devil – Money, Credit and Fixing Global Finance (Princeton 2015).

Prior to that he chaired the UK Financial Services Authority (2008-13) and played a leading role in the redesign of the global banking and shadow banking regulation as Chairman of the International Financial Stability Board’s major policy committee.

Lord Turner has combined a business career with public policy and academia. He led the McKinsey practice in East Europe and Russia and was Vice-Chairman of Merrill Lynch Europe (2000-06). He became a cross-bench member of the House of Lords in 2005, served as the first Chairman of the Climate Change Committee (2008-12), and chaired the Pensions Commission (2003-06) and the Low Pay Commission (2002-06).