In 2011, the Club of Three and Institute for Strategic Dialogue in partnership with EADS gathered a group of senior defence industry figures, government officials, defence experts and politicians from France, Germany and the UK in Versailles. The NATO intervention in Libya, which had begun just a few days before, had focused minds on European defence and transatlantic relations.

Following the financial crash of 2008, European defence budgets had been squeezed, leading to further discrepancies between European and US defence capabilities. What impact would this have on transatlantic relations? Budgetary constraints were also raising fresh questions about the appropriate structure of European defence and security. Would the recent Lancaster House Treaties between France and the UK herald a new era of bilateralism in defence? How would the European defence industry adapt to this environment?

The meeting addressed these questions across three sessions. Participants included Louis Gallois, then CEO of EADS, who delivered the opening remarks; Professor Sir Lawrence Freedman, then Professor of War Studies at King’s College London; Hubert Védrine, former French Minister for Foreign Affairs; Bernard Gray, then Chief of Defence Materiel at the UK Ministry of Defence; Jean-Paul Herteman, then CEO of Safran; and Stephan Zoller, then CEO of Cassidian.

– Conference agenda with speakers and chairs 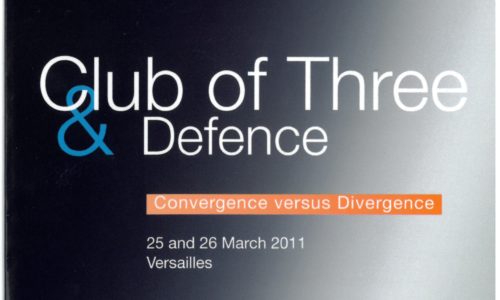 Notes for Discussion (distributed before the meeting)