Fifty-six senior figures from France, Germany and the UK gathered at the Foreign and Commonwealth Office (FCO) on 9-10 October for the Club of Three’s 2015 Plenary meeting against the backdrop of a worsening refugee crisis on Europe’s doorstep, the start of the UK’s EU negotiations and a fragile global economy.

The meeting began in the Locarno Suites of the Foreign Office, the site of the formal signing of the Locarno Treaties in 1925 which signalled Germany’s diplomatic rehabilitation after the First World War. The discussions there focused on the UK’s EU negotiation strategy, the referendum timetable and the likelihood and implications of Brexit. In the evening, participants moved to Lancaster House for a debate on the migrant crisis.

Discussions continued at Lancaster House on the following day. The first morning session examined the weaknesses and strengths of the Eurozone and its performance in the context of the weak global economic growth. The concluding part of the meeting focused on Europe’s role worldwide. Particular attention was paid to areas such as trade and defence where Europe, and most notably France, Germany and the UK, can continue to be influential on the world stage. 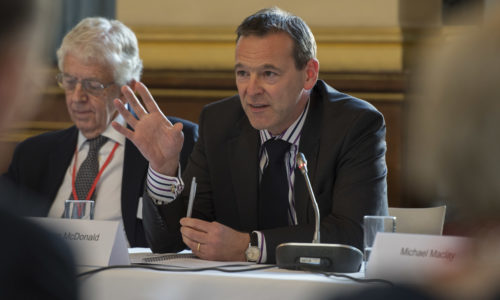 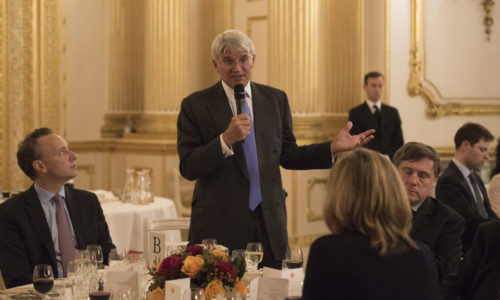 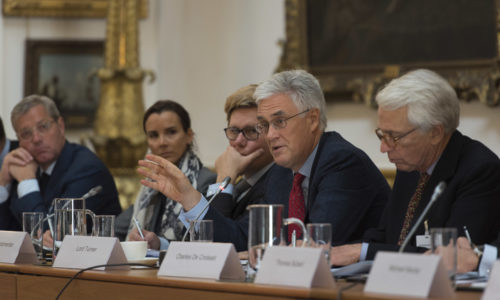 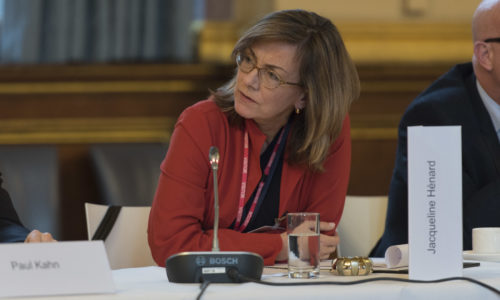 2015 London Plenary Report: Prospects for Brexit, for Grexit - and for the future of Europe