After focusing on Turkey in 2014 and 2015, 2016 saw the Club of Three turn to Russia as part of its mission to engage key global strategic partners.

Held in partnership with the Alfred Herrhausen Gesellschaft (AHG), the International Forum of Deutsche Bank, the meeting that took place in Berlin in May sought to take a fresh look at Europe-Russia relations at a time of political tension and economic sanctions following the crisis in relations relating to Crimea and Ukraine. It was attended by over 50 business leaders, politicians, media representatives and academics from the France, Germany, the UK and Russia.

The Working Session took place at AHG’s premises in Berlin on 13-14 May. It began with a first session on the Middle East and the actions taken by Europe and Russia in response to the Syrian conflict, followed by a dinner discussion on ‘The Three and Russia – Where are we Four?’ at the Axel Springer Haus, hosted by BILD Editor Kai Diekmann. Two morning sessions were held on 14 May. The first one focused on relations between Europe, NATO and Russia. The second session addressed the topic of economic cooperation.

Participants included Wolfgang Ischinger (Chairman of the Munich Security Conference); Sergey Karaganov (Dean of the Faculty of World Economy and International Affairs at the Higher School of Economics); Dominique Moisi (Founder and Senior Adviser at the French Institute for International Relations); Laura Sandys (Chair of the European Movement). 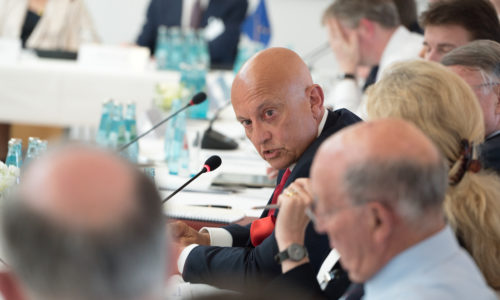 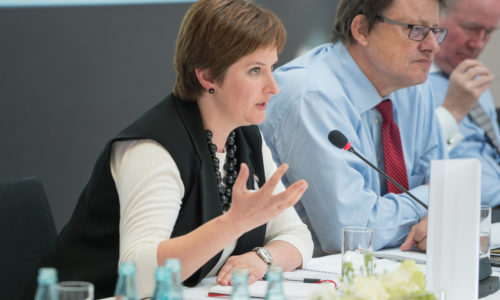 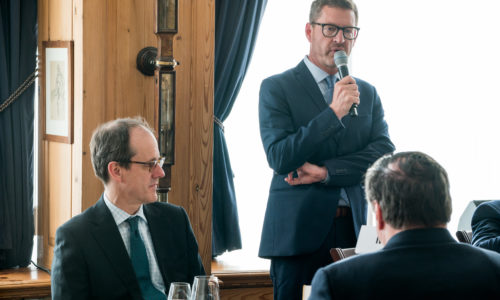 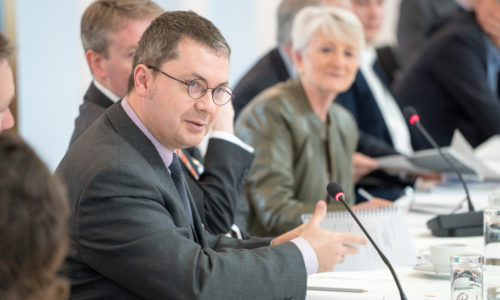