In 2007, the Club of Three/Weidenfeld Institute for Strategic Dialogue convened – in partnership with the Woodrow Wilson International Center for Scholars and The Europaeum – a conference in Washington D.C to discuss the state of the TransAtlantic alliance. The alliance, which had dominated world affairs since the Second World War, had been put under strain since the end of the Cold War, 9/11 and the invasion of Iraq.

Was the solidarity of the West under question? Was it still appropriate to talk about shared values? How united would the international community be in the face of terrorism, nuclear proliferation, environmental change, technological advancement and globalisation?

These questions formed the basis of the discussions, which took place at the Woodrow Wilson Center and were chaired by the Center’s President, Lee Hamilton. The conference was divided into six sessions covering, amongst other topics, the interplay between democratic values and national security, terrorism, perceptions of the West from China, India and Russia, and how the US and Europe viewed each other.

– Conference agenda with speakers and chairs 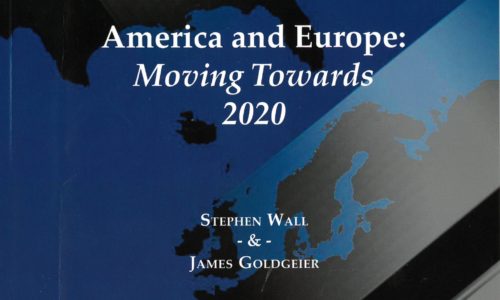